The Chocolate: tasty and healty

Almost always the best and tasty foods are the most dangerous to health too, but the chocolate, at least in part, seems to be the exception that confirms the rule. 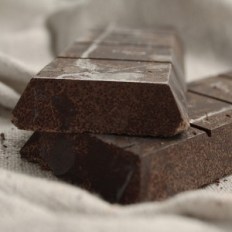 Known by the Maya and Aztecs, who considered it a noble and precious food, cocoa arrived in Europe thanks to Christopher Columbus, who carried with him coming back of one of his travels; the chocolate then started to circulate in the European courts, where it was consumed as a beverage, especially at the beginning of the seventeenth century.
It was appreciated to the point that the naturalist Carl Linnaeus, in his work of plants’ classification, called the “Theobroma” cocoa: the food of the gods. Casanova exalted its aphrodisiacs virtues, presumably already known in Mexico because it seems that the emperor Montezuma, having to deal with a very crowded harem, consumed up to fifty cups a day. Several scientific studies on chocolate have already revealed the stimulating capacities, on the body and on the mind.

Structure of an isoflavone

The research, in fact, has revealed that eating the dark chocolate – at the cellular level -has similar effects to physical training because epicatechin contained in the chocolate stimulates the muscles and the heart a similar response to a strong physical activity. The dark chocolate is one of the most significant sources of catechins and epicatechin, antioxidants present in the vegetal aliments, directly related to the percentage of cocoa: 100 grams of dark chocolate contains about 50-60 mg of flavonoids; content that quantitatively is close to the berries one while qualitatively, its catechins reflect the antioxidant power of green tea. Antioxidants are able to detect and deactivate free radicals, potentially harmful to the body as they can cause chronic and cardiovascular disease, inflammation, cancer and neurodegenerative disorders. 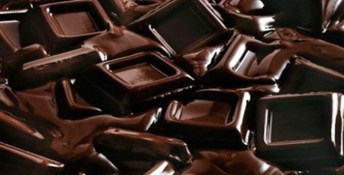 The cocoa natural antioxidants, which have shown in vitro an anti-inflammatory effect, limit the negative effects associated with high cholesterol levels, especially its fraction “bad”, given by the LDT lipoproteins, protecting the arteries from damages caused by atherosclerosis and preventing cardiovascular diseases such as heart attack and stroke. The daily consumption of small amounts of cocoa is also able to slightly lower the blood pressure. Researchers at Louisiana State University, infact,  have proven that chocolate powder promotes fermentation of certain bacteria in the gut and production of compounds with anti-inflammatory properties

According to a study conducted by Roberto Corti at Zurich University and published in the journal “Heart”, the dark chocolate can delay the hardening of the arteries linked to smoking, limiting the risk of heart disease.

However, it is important to pay attention to the fat content and calories of chocolate, remembering that a 100g chocolate provides less than 500 calories, and that the introduction of excess calories significantly reduces life expectancy. Despite the triglycerides present in dark chocolate contain oleic acid, with a beneficial effect, and stearrico acid, with a neutral effect on cholesterol levels, is also present the palmitic acid, saturated fat with cholesterol-stimulating properties. 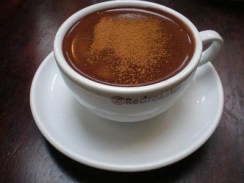 a medicine even if in Japan they are thinking to use cocoa as a cure for obesity. According to Naoko Matsuia, researcher of Morinaga Co. (Kanagawa) “the action of the anti-obesity of the food of the gods comes from its ability to inhibit a number of genes that control food processing in fat and activate others that allow you to burn existing fats”. Research conducted on mice seems to show that cocoa activates metabolism that just allows you to burn fat. According Lly Stojanovska, researcher of Victoria University of Melbourne, cocoa would be able to reduce the feeling of hunger. 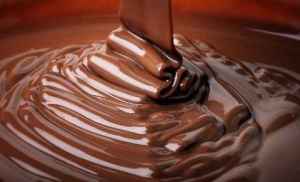 Chocolate also has a bland excitatory effect as it stimulates the production of serotonin and contains caffeine and theobromine. Good source of iron, even if little bio-available, over that of phosphorus and potassium, contains mainly an important and substantial source of magnesium, while the content of oxalate, that hinders the absorption of calcium, makes it less desirable to those who suffer of bone demineralization.

A study published by researchers at Harvard Medical School in Boston on a sample of seventy patients showed that drinking two cups of chocolate a day, improves blood flow in the brain in patients where this is insufficient, and promotes an improvement on memory, but it is not still known how this mechanism, that seems to delay cognitive decline due to age, acts.

Chocolate seems to help diabetics too. Some scientists have found that consumption of flavanols present in cocoa, may be of benefit to people with diabetes type 2. The daily consumption of a flavanol-rich beverage has a positive impact on blood vessel dysfunction associated with diabetes (Journal of the American college of cardiology). Finally, the tannins in cocoa even help to prevent tooth caries and the growth of plaque.

Dulcis in fundo, chocolate is an antidepressant. Already in the ‘700, in Mozart and 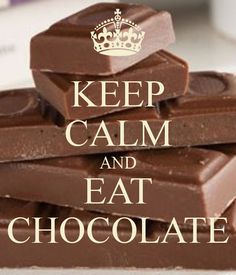 Casanova’s time people drank it (only in 1800 it was discovered how to make it in solid form), for its stimulant properties on the intellect and euphoria. As the cocoa, the chocolate, its derivative, is a mildly psychoactive product because of its content of theobromine, of phenylethylamine, of small quantities of anandamide (an endogenous cannabinoid of the brain), caffeine and tryptophan. The amount of caffeine contained in chocolate is not considered significant, unless it is added during the processing. Today it is known that theobromine contained in cocoa has an effect on the synthesis of serotonin and that the positive effects are found with about 2/3 squares a day of dark chocolate in 75%.
The dark chocolate is to be preferred to the white and milk, because these ones have a lower content of flavonoids in addition to a greater calories content and a small amount of cholesterol, instead absent in dark chocolate. It would be good not to drop below the 65% cocoa content and avoid preparations containing caramel and preparations too sweet and less loaded with flavonoids.In addition to this, a study by Mauro Serafini, of the National Institute of Research on Food and Nutrition (INRAN) of Rome, demonstrates the superiority of the dark type: the link with the milk in fact is able to neutralize the active ingredients of cocoa.

For every information about our products please fill out the form below.